Indigo maintains its no.1 position in Indian aviation space 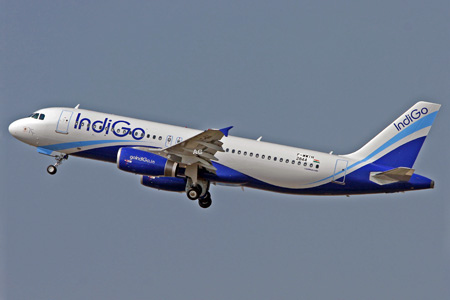 Indigo Airlines retained its number one position in the Indian aviation space in September, while Kingfisher Airlines emerged as the worst performer.

According to fresh figures revealed by the aviation ministry, Indigo, which snatched the top position from Jet Airways a few months back, recorded 27.2 per cent market share in September.

Jet Airways emerged at the second position with 23.8 per cent market share, while Spicejet scored 18.5 per cent share.

Vijay Mallya-promoted struggling carrier Kingfisher remained the worst performer of the month, with just 3.5 per cent share. The prevalent issues between the Kingfisher management and workers led to lockouts and poor performance at the carrier.

Figures also revealed that air passenger traffic kept on declining for the fifth month in row in September. In September, it dropped by a record 12.4 per cent year-on-year, as harsh economic conditions and high fares discouraged demand. As per the Directorate General of Civil Aviation (DGCA), just 4.01 million passengers flew in the month of September this year, as compared with 4.58 million in the corresponding period of previous year.

Airlines regulator said in its statement, "Both the capacity and demand are gradually decreasing."

Air traffic has been on the decline since May this year. It declined 0.87 per cent in May, 3.84 per cent in June, and 3.70 per cent in August from the respective year-ago months.