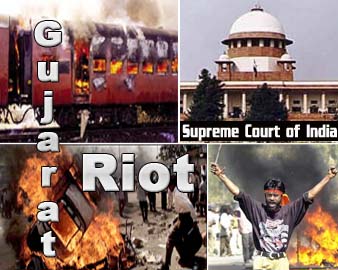 New Delhi - India's Supreme Court on Friday ordered the establishment of fast-track courts to hear the retrials of 14 cases related to deadly communal riots in 2002 in the western state of Gujarat. The riots broke out after 59 Hindu activists were burned alive while travelling in a train, allegedly by a Muslim mob. In retaliatory violence that raged for weeks, more than 1,000 people, mostly Muslims, were killed.

On Friday, the Supreme Court rejected a plea that the trials, which had been halted over accusations of witness intimidation, should be held outside Gujarat to protect those testifying.

It asked the Gujarat high court to set up six fast-track courts in the state and said an investigative team looking into the riots would monitor the trial.

Hearings would be held daily and witnesses should be given protection and relocated if needed, the court said.

Among the 14 cases to be retried are the burning of the Sabarmati Express in Godhra, which sparked the riots, and killings at Naroda Patia, Sardarpura and the Gulbarg Society in Ahmedabad.

India's Human Rights Commission as well as several non-governmental organizations filed petitions before the Supreme Court in 2003 asking for a reinvestigation of the riot cases by the Central Bureau of Investigation and their transfer out of Gujarat.

The petitions found fault with the Gujarat police investigations and the role of the state administration in the cases and claimed witnesses were being intimidated.

While hearing those petitions, the Supreme Court stayed the trial of 14 riot-related cases and set up a Special Investigation Team, headed by former bureau chief RK Raghavan, to reinvestigate them.

The team gave the court its final report in April.

The Supreme Court on Monday issued another order for the investigators to probe Gujarat Chief Minister Narendra Modi and his administration's role in abetting and handling the 2002 riots.(dpa)