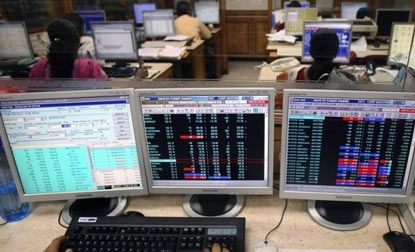 Indian markets touched all-time high for BSE Sensex and market participants are upbeat about near future. While the index constituents are trading strong, mid-cap and small-cap companies have witnessed decline in their stock valuations. Markets are looking strong and majority of quarterly results have been positive. Indian Markets can outperform in the short term if global cues remain positive. Indian Stock Market analysis from Mustafa Nadeem, CEO, Epic Research follows....

Sensex hit an all-time high 40392 while Nifty claimed the 11900 marks on the back of positive global cues and upbeat domestic sentiment. Nifty witnessed profit-booking in the previous week with an inside day range. This week was much decisive as the earnings from a few companies boosted the sentiment while the buying was seen across except one or two space that witnessed some profit booking.

In the coming week, we believe the outperformance can be seen from PSUs followed by metal and Auto space. The buying momentum that has picked up in Midcap and Smallcap, which added almost 5-7% in the last one month, is expected to continue to perform. There may be some profit booking in energy and reality space along with IT as well.

There were a few factors that aided this bullish note for investors. The US fed reserve rate cut has a positive impact on Asian markets which led to improved sentiment in Key global indices. Secondly, on the domestic front, we have seen some moderation in FPI/FII data which was negative for the last few months with October being a net positive. Government reviewing the LTCG and DDT to attract a large chunk of foreign investors in equity markets also had a positive impact.

November rollover data showed much better numbers with Nifty seeing above average while the underperformance from Bank Nifty continued. So we do expect Nifty to continue its outperformance with muted action in Nifty bank, which is skewed to Pvt. banks.

In the coming week, we will have earnings numbers from HDFC, Dabur, Tata Steel, Can bank and also Divis and Titan which have been outperforming. A lot will also depend on how global markets are performing as they will direct domestic sentiments. We remain bullish as far as Nifty is sustaining above 11700 and dips should be utilized.