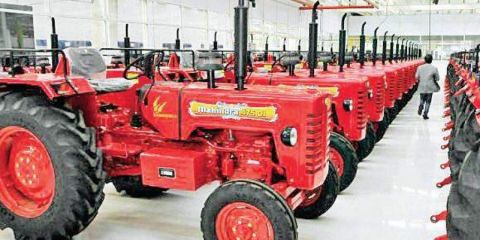 Indian stock markets opened strong on Monday and majority of sectors have witnessed strong buying during the trading session. Ace investor Rakesh Jhunjhunwala has expressed confidence in Indian equities and said during a TV interview that he expects money to return to Indian markets as interest rates will decline. Indian markets have recovered from the lows witnessed during panic selling in April and NSE Nifty is almost ready to scale 10,000 levels, a big resistance and an important level for trader sentiment. The strong moves in Indian equities during the recent weeks have raised risk-taking abilities of Indian investors and traders.

During the afternoon session, NSE Nifty dropped below 9,900 level but market experts don’t rule out markets scaling 10,000 levels in coming trading sessions. Among most active stocks in today’s trade were SBI, Bajaj Finance, HDFC, ICICI Bank, Bharti Airtel and Reliance. Markets would need support from US or European markets in order to scale above 10,000 levels for NSE Nifty.

The MET department has predicted normal monsoon for India this year. Some Indian states are facing one of the biggest locust attack in three decades. The impact of locust attack has to be calculated but many districts in North India are facing tough times.

M&M Financial has announced that the company aims to raise Rs 3,500 crore. Entertainment venues manager PVR has also indicated its plans to raise money. PVR has suffered major revenue loss due to lockdowns. M&M was among major gainers in today’s trading session. The automobile major has registered better sales for tractors in May 2020 compared to May 2019. Mahindra & Mahindra's Farm Equipment Sector (FES) in domestic market sales 24,017 units in May 2020, as against 23,539 units during May 2019. M&M also registered recovery in sales during May 2020 as compared to no sales reported during April 2020. These figures come as a positive surprise for the markets.