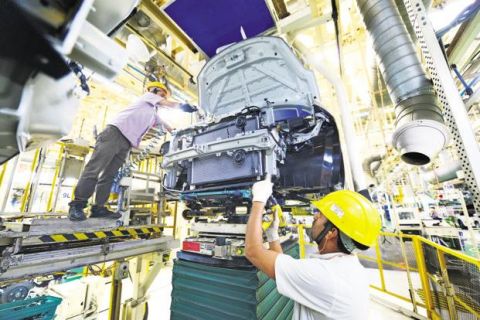 Indian Stocks witnessed recovery on Friday and the week ended better than what majority of traders were expecting. Indian stocks have corrected a lot from their higher levels and majority of mid-cap and small-cap stocks are available at deep discounts. Even at lower levels, traders and long term investors aren't jumping in to rescue as economic indicators are weak.

Nifty forms a Hammer pattern indicating a reversal is on the way. Amid its prolonged consolidation within a range of 10800 - 11000 for a third consecutive week, a hammer pattern signifies or gives a caution for an upcoming reversal, especially, when formed on a weekly scale.

Global markets have seen a rebound as China and The US agreed to resume trade talks in October and this was one of the main factors we have seen a sharp recovery in crucial indices such as S&P, DJIA, and HSI. Many of these indices have come out of recent short term base formations. Also, we have seen a few numbers of data that were promising such as China's Caixin services PMI. So street, for now, seems to be digesting any news that can reflect well on prices.

On the domestic front, markets have been sustaining lower levels as the Finance minister is expected to announce some measures after the previous week's bank's consolidation moves. Markets are expecting any move that can actually address the concerns in the Automotive industry and Real estate space. Any measures would bring a lot of improvement in sentiments.

Markets will be critically looking at Industrial production data which was at 2% and Manufacturing production number which was at 1.2%. These two numbers followed by inflation number would set some tone and any number above expectation should be good for investors. At this point in time, Selling should be avoided while one should look for a directional breakout from this range.