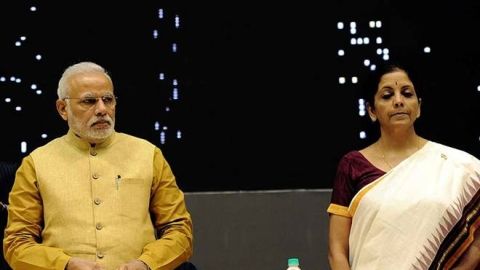 Prime Minister Narendra Modi made a big announcement which cheered investors and economists but soon people started questioning about the details. As we know, the devil is in the detail but as the details started coming from Finance Minister, it became clear that the stimulus package wasn’t as good as it seemed in the first address of Prime Minister Modi. Indian Media has been silenced by Modi government and majority of news channels won’t talk about realities faced by Indians on an everyday basis.

The major chunk of stimulus package is non-cash and this isn’t going to help the economy struggling with troubles caused by COVID-19 pandemic and lockdowns. While Modi government deserves positive feedback for its effort to control the spread of coronavirus, the package announced to help micro, small and medium business owners isn’t enough. Indian COVID-19 numbers are much lower compared to those seen in many advanced European regions and in North America.

Main feature of Modi’s stimulus packing is INR 3 lakh crore loans guaranteed by the government. We shouldn’t forget that these are loans. Some micro and small businesses will need help with additional money from banks but they will need to pay interest and return this money to the banks in few years. Interest rates in India are high and with lower sales and profitability, it might be difficult for some businesses to pay back these loans. If the government had reduced loan interest rates, that would have been more helpful to businesses having massive debt.

MSME sector is having nearly 29 lakh crore in debt and nearly 10 percent addition to this debt will only make position of banks worse. The loans will be guaranteed by Indian government in case of default. However, if some of these loans default, they will add to NPA woes of banks. It won’t be easy for banks to get the money from Indian government. It won’t come quick, as per many banking sector experts TopNews talked with.

Modi government should consider taking serious steps to help the economy and boost demand. People in need should be handed over money, not loans. It will raise demand for products and services. At the same time, Indian government has announced no increase in DA. While many people would debate that it is a good move, it will only hamper demand from Indian middle class consumers. And lower demand will result in slow recovery for small and medium businesses. With slow recovery, the risk of new loans worth INR 3 lakh crore going bad goes much higher.

The banking sector is already facing trouble. We can only hope that the economy recovers faster from COVID-19 troubles and we don’t see a rise in bad loans. Public sector banks have witnessed massive decline in their valuations due to NPA crisis. Many big loans have defaulted and this has led to a major trouble for banking sector. Lending has been low to small and medium businesses and with increase in loan book, banks will have to be cautious about whom they should lend money to, even when it has been guaranteed by Indian government.