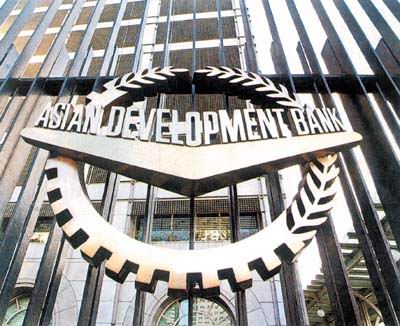 The growth of Indian economy is poised to pick up pace this year but it may take some more time for the South Asian economy to reach its peak potential growth rate, Asian Development Bank (ADB) said in its latest report.

According to ADB's fresh estimates, India's gross domestic product (GDP) will likely grow 5.5 per cent in FY2014-15. The estimated growth figure is well above India's Central Statistical Office's estimated growth rate of 4.9 per cent for the recently concluded financial year (2013-14).

In its Asian Development Outlook 2014 report, the Manila-based lender attributed the potential pick up in Indian economy's growth rate to improved performance in local industry and services sector as well as improvement in global economy.

The lender also stressed on the need for removing structural bottlenecks that have long been hampering the economic growth of the country.

In the recently published report, ADB said, "The recent deceleration of economic growth in India appears to have bottomed out, but the economy will not reach its potential until the remaining structural bottlenecks are overcome. India's capacity for more rapid growth over the long term is high."

The potential recovery in advanced economies will likely bolster external demand, which in turn will boost India's economic growth further to 6.0 per cent in FY2015-16. However, ADB Deputy Chief Economist Juzhong Zhuang stressed that serious efforts on reforms would be required to achieve and sustain higher rates of growth in the coming years.

In FY2012-13, Indian economy's growth rate slipped to its decade low of 4.5 per cent. Prior to the global financial meltdown in 2008, the economy grew at a rate of 9 per cent.