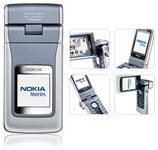 New Delhi: Nokia Oyj has doubled up the output of handsets at its Sriperumbudur plant in Chennai to about five million monthly this fiscal as against last year, while India put back the United States as the second biggest marketplace for the Finnish phone manufacturer.

Olli-Pekka Kallasvuo, the company’s president and CEO stated that Nokia will carry on raising production capacity at the plant without physically intensifying it.

“India is a very, very good location for hardware manufacturing... I can very safely say that I don’t see any reason why the Chennai plant should not be second to none,” said Mr. Kallasvuo.

The Chennai facility is among the youngest of the 10 manufactories Nokia has in Mexico, Brazil, Germany, Finland, Hungary, the UK, South Korea, India and China.

Nokia has been speedily increasing construction at the Chennai plant to deal with a record demand for mobile phones in India. It may be home to only about 5.7% of the anticipated 2.5 billion GSM subscribers in the globe, but it accounted for 31 million, or 14%, of the 225 million novel subscribers added in the first six months of the year.

Kallasvuo articulated the company exports nearly half of its Indian unit’s fabrication to 58 countries in South-East Asia, Africa and West Asia. The firm commenced the plant to accumulate entry-level handsets, primarily for the local market, and started exporting phones produced there only in mid-2006.

Arpita Pal Agrawal, telecom analyst with audit and consulting firm PricewaterhouseCoopers said, “Local manufacturing gives Nokia the advantage of being close to a huge market. If you are to maintain the huge market share that Nokia currently enjoys in India, you have to have been able to meet the demands of the market very fast. Importing so many units completely assembled may also be a challenge considering India’s infrastructure (problems).”