I quit because of political conspiracy: Gadkari 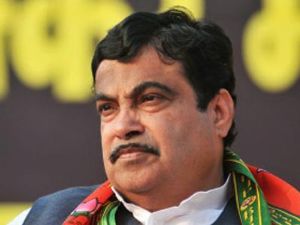 New Delhi, Jan 23 : Greeting Rajnath Singh on his appointment as the new president of Bharatiya Janata Party, his predecessor Nitin Gadkari alleged a "political conspiracy" was behind his decision to opt against a second term.

"As far as the election for a second term is concerned, there had been attempts through a political conspiracy to link me to an issue I was not related to," Gadkari said, referring to the allegations of corruption against him.

Corruption charges levelled against Gadkari include those of improper business dealings as the chairman of the Purti Group and land grab. He has, however, denied all the charges, adding that he is not linked to the Purti Group.

On Tuesday, the income tax department carried out on-field investigations at nine locations in Mumbai that belonged to the alleged shell companies related to the Purti Group. The group, however, said the companies on which the raids were carried out did not belong to it.

"Yesterday, there was a similar attempt and I felt they were trying to malign my party using me," Gadkari said.

He said he wanted to place the interests of his party before him, therefore, he decided not to seek another term.

"I felt the party should come first. The economic situation is bad; inflation is high; foreign exchange reserve is empty; and foreign investment is not coming. In such a situation, if the people look for an alternate, they believe the BJP has the capacity to change the situation," he said.(IANS)