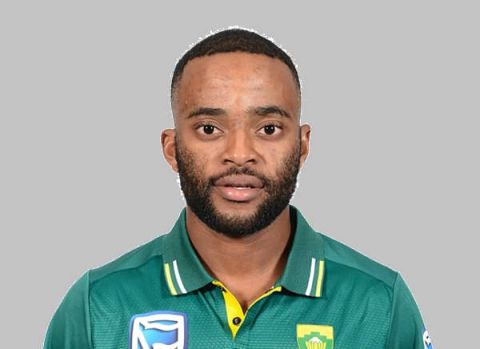 Few months back when South Africa cricket team was traveling to UAE for ICC T20 World Cup 2021, nobody imagined that Proteas would win 4 matches out of five in the group stage. They didn’t qualify for semifinal that’s another matter but if you actually analysis, the Temba Bavuma lead side did excellent job to beat top guns in the tournament.

Those were the days when Proteas team had Graeme Smith, AB De Villiers, Jacques Kallis, Dale Steyn, Morne Morkel and so many high class players who made team so strong that it was not easy to get through. After retirement of such cricketers, CSA didn’t get the quality they’d like to have but now South Africa has got some good young players in the pool and captain Temba Bavuma is excited to take Proteas team at the top of world cricket.

“We want to continue the journey towards being considered among the world’s best again. It wasn’t something that I was expecting. There was obviously anxiety and fear as to how I was going to take the team forward to new heights. The journey is still young with the white-ball teams, I must say. But I’ve enjoyed it so far,” Bavuma quoted on cricket betting site Betway.

South Africa recently defeated India in T20Is and ODIs series quite comprehensively and test cricket performance was on top to win series 2-1 despite losing first test under Dean Elgar’s leadership. Bavuma believes that having senior players in the side whom he played during school days, has helped him to create good environment in the dressing room and it creates good atmosphere.

“I was fortunate in that most of the guys, especially the senior guys, I’ve played with from school level. We understand each other and, most importantly, the respect is there. I spend a lot of time with KG [Rabada] on and off the field. Shamo [Tabraiz Shamsi] and Quinton [de Kock], too. These are important players to have good relationships with as a captain.”

“The better you know yourself, the less likely you are to be affected by what other people say about you. I pride myself in being honest, understanding where I can improve but also not losing focus from taking the team forward. It can be a challenge to combine the two, but you have to make sure that you’re mentally fresh. The captaincy can clutter your mind. It can be easy to play the game in your head and you don’t want that,” he added.

According to Bavuma, when players are mentally strong, team can get good and positive results even against top class cricketing nations like India. Porteas were exceptional during ICC T20 World Cup 2021 and before that they beat Ireland and Sri Lanka 3-0.

“I like to put the hard work in a few days out from the game. If you’re playing on a Friday, I’ll put the work in on Monday or Tuesday. And then the closer you get to the game, you focus more on the mental side. It’s so important to be clear with your plans and clear with what you want to do. Then anything else can just be discarded,” he added.

South African team will be heading to Australia for men’s t20 world cup in October and again it’s going to be challenging for Bavuma and his side. Will be interesting to see how team performs.