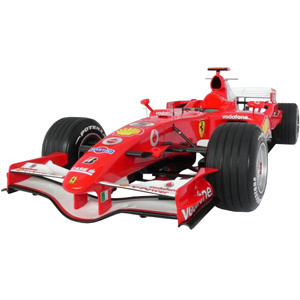 Hockenheim, Germany - The future of Formula One racing at Germany's Hockenheim circuit remained open after the regional council shelved a decision on ending racing at the loss-making track.

The council Wednesday evening said no decision would be taken on renewing the F1 contract after 2010 until talks in Stuttgart in May between Baden-Wuerttemberg state and F1 supremo Bernie Ecclestone.

The state has meanwhile indicated it might be prepared to provide financial backing to help ensure the circuit's Formula One future.

State premier Guenther Oettinger has invited Ecclestone for talks on May 20 to be attended also by neighbouring Rhineland-Palatinate state premier Kurt Beck, regional and local officials and representatives of carmakers Daimler and BMW.

The city of Hockenheim has said it was only prepared to continue hosting the German Grand Prix if it received strong financial support. The regional council owns 94 per cent of the Hockenheim Circuit company.

Last year's race registered a loss of 5.3 million euros (7.2 million dollars) and the proposed 2010 race at Hockenheim is expected to have a deficit of around 6 million euros.

This year's German GP takes place at the Nuerburgring. (dpa)