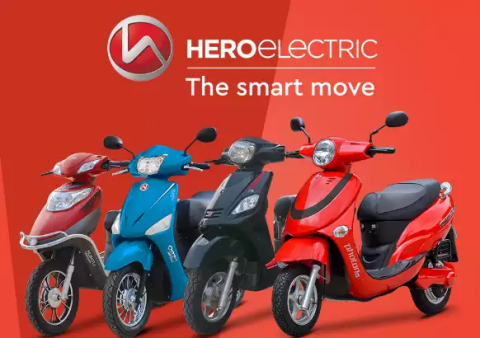 Hero Electric, India’s first as well as the largest manufacturer of electric two-wheelers, has announced the signing of a partnership deal with some industry giants to procure additional funding for ramping up production. Founded by Dayanand Munjal, the two-wheeler giant sold more than 350,000 units of battery-powered e-scooters during 2020, capturing a market share of 35 per cent.

The sales were quite encouraging as the overall market suffered lull period due to the deadly COVID-19 pandemic, which reached its peak last year. Determined not to just live on its laurels, the manufacturer has made ambitious plans to ramp up production of its environment-friendly EVs. It has set a target to sell more than 10 million electric two-wheelers annually, while continuing to expand its feet in the global market.

To turn that goal into a concrete reality, the manufacturer has partnered with Gulf Islamic Investments, as well as expanded its existing partnership with OAKS to procure a total of Rs 220 crore (roughly US$29 million).

Sohinder Singh Gill, the chief executive officer (CEO) of Hero Electric, told reporters that the company was making efforts to aggressively give a boost to its production capacity and expand product portfolio in near future. He explained that new funding from Gulf Islamic Investments and OAKS would help the company realize its goals.

All the newly acquired funding from the two partners will go towards enhancing and optimizing its production capacity, in addition to helping the company in exploring new technologies and make innovations towards the development and production of better performing EVs. This would, in turn, enable Hero Electric to expand its reach in the fast-growing EV market in the domestic as well as global markets.

Naveen Munjal, managing director Hero Electric, said, “This round of investments which is a first of a larger scheme will help expand our manufacturing capacities, increase R&D [research and development] spends that will enable us to continue to launch innovative products to disrupt the category.”

Previously in December 2018, Hero Electric had raised ₹160 crore (roughly $21 million) funding from Mumbai-headquartered Alpha Capital. That was the company’s first funding procured for ramping up production. That funding was utilized to build a second manufacturing facility. Part of that funding was also utilized to expand its dealership network.

It is worth-mentioning here that Hero Electric’s MD Naveen Munjal is a relative of the Munjals of Hero MotoCorp, but the E-scooter manufacturer has no business association with the publicly-listed Hero MotoCorp.