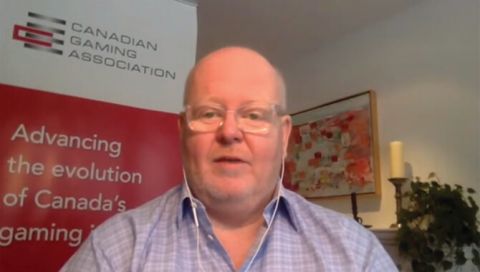 Canadian gaming industry representatives have urged government authorities to provide clarity and guidelines for how casinos and other tourist destinations can safely resume operations as soon as possible. During a Canadian Travel & Tourism press conference held earlier this week in Niagara Falls, Ontario, Canadian Gaming Association’s (CGA’s) President and CEO Paul Burns called on government authorities to provide gaming operations clarity about reopening guidelines at the earliest possible so that casinos can prepare for safe reopening.

It may be noted here that some gaming and entertainment properties in the province have remained closed since March 2020 due to the potentially deadly disease of COVID-19 that allegedly originated in China and gradually spread to other parts of the world, including Canada.

During the press conference, Mr. Burns stressed that Canadian gaming properties and other entertainment venues have yet to enjoy the reopening boom that their counterparts in the United States have already been enjoying for the last many months. He also noted that casinos in many provinces of the Canada, including Alberta, British Columbia, Nova Scotia, New Brunswick, Saskatchewan, and Quebec have also resumed operations at limited capacities. However, gaming properties in Ontario, the country’s most populous province, have been directed to remain closed until at least 21st of July.

Some casinos in Ontario have remained closed since March 2020, when the first closure orders were issued. That includes two casinos in the Niagara Falls area, which is located very close to the U.S.-Canadian border from Buffalo and Caesars Windsor, which is across the border from Detroit. While Ontario casinos are still struggling to reopen, Detroit casinos have been enjoying good business since December last year.

Raising concerns, Mr. Burns said, “I worry about the family members of the 4,000 employees of Niagara casinos who have not worked since March of 2020, and for their family members that rely on these well-paying jobs to pay the family bills.”

Reopening of casinos in Ontario would take place when officials deem the province to be in 3rd phase of the government’s reopening plan, 21 days after the completion of the 2nd phase. Officially, the 3rd phase is slated for no earlier than 21st of July.