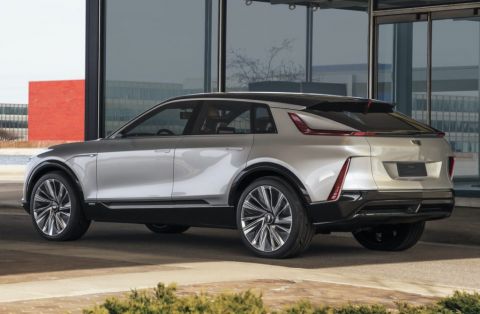 General Motors upcoming Cadillac Lyriq electric sports utility vehicle (SUV) will be manufactured at its Spring Hill, Tennessee-based manufacturing plant, the Detroit-headquartered auto giant confirmed. Gerald Johnson, executive vice president for manufacturing at GM, said that the company has plans to invest more than $2 billion in manufacturing EVs at the Tennessee plant, which will be the company’s third EV production facility.

Changes at the Spring Hill plant include significant expansions of the paint & body shop among other enhancements. The plans represent the company’s next strategic step on the way to become an all-electric vehicle maker. The revamp of the company’s Detroit-Hamtramck manufacturing unit made space for the Cruise Origin, the GMC Hummer EV, and other future electric cars.

In August, GM announced that the Cadillac Lyriq electric SUV could hit foreign markets, such as China, before becoming available in the United States, where it is scheduled to go on sale sometime later in 2022.

The Lyriq boasts to have a broader stance, larger cabin and bigger (23 inches) wheels. It offers more eye-catching lighting systems, which “greets” the driver with an amazing light show during approach. Its innovative battery technology offers 100 kilowatt-hours of energy, with each battery’s NCMA (nickel, cobalt, manganese, aluminum) composition reducing the total cobalt content by more than 70 per cent. Stored within the body as flat “pouches,” the battery packs of the upcoming vehicle promises a range of more than 300 miles.

For coordinating the change, the auto giant will move production of its GMC Acadia crossover to Lansing Delta Township plant in Michigan, but the Cadillac XT5 and Cadillac XT6 will continue to be produced in Spring Hill.

GM is not going to be the only auto manufacturer to build electric cars in Tennessee. Volkswagen is already investing $800 million to expand its manufacturing plant in Chattanooga to manufacture the ID.4 electric crossover along with some other vehicles. Volkswagen’s production is also expected to start sometime in 2022. As per the company’s claims, the manufacturing unit will be among the most advanced EV facilities in the region.