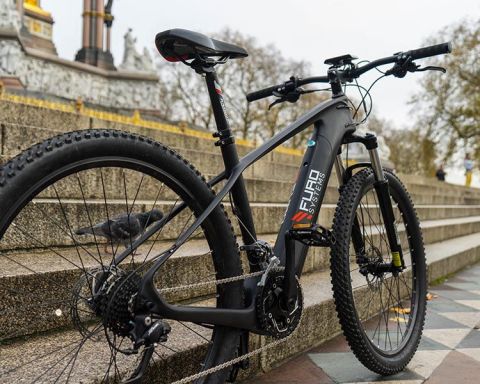 London-headquartered electric bike manufacturer FuroSystems has just taken wraps off its latest environment-friendly urban mobility solution, called the Aventa - a lightweight electric bicycle for urban commuting. Adding the Aventa to its lineup, the British electric mobility solutions provider FuroSystems said that the body of the new e-bike has been made of aluminum alloy which helped in keeping the bike’s weight in check. It is just 16.5 kg (36 lb) in weight.

The company has launched three different models of the Aventa available, and they boast to have frame-integrated 281 Wh to 504 Wh Samsung batteries. In the top-capacity configuration, the FuroSystems Aventa delivers a maximum range of 80 km (roughly 50 miles).

Being a pedal assist-only e-bike, the Aventa’s lack of throttle helps it achieve higher autonomy numbers when it is operated in the lowest level of pedal assist. Moving entirely on electric batteries, it delivers a range of 55 km (roughly 34 miles), which is not bad at all. Only a handful of e-bike manufacturers provide range ratings in the highest pedal assist level. Thus, it is an encouraging deviation from the norm.

The e-bike features sleek urban designs, and sports a 9-speed Shimano transmission, hydraulic disc brakes, a free fender set, rear rack accessory package, integrated lighting, hidden cables, and frame-enclosed batteries. In Europe, strict electric mobility solution laws don’t allow e-bikes run faster than 25 km/h or 15.5 mph. thus, the top speed for the Aventa e-bike will also be capped at the same limit. Its rear hub motor has gotten the 250W-sticker, though the company lists it as having a top wattage of 500W.

However, as we have already mentioned above, the e-bike has no torque sensor. But, the additional gears present on the budget-bike are quite encouraging when we compare it with other seven-speed e-bikes available on the market.

The British e-bike maker’s formerly launched folding e-bike Furo X is known for its carbon body, which has been hailed as a cheaper alternative to costlier and fancier GoCycle and Brompton e-bikes.

The Aventa has been launched with a starting price tag of £1,399 (US$1,935), and a free fender set and rear rack accessory package comes free with it. The FuroSystems Aventa will compete with e-bikes produced by European e-bike makers like VanMoof and Cowboy. It is worth-mentioning here that the Aventa has been priced roughly £400 (US$550) lower than similar e-bikes from European rivals.