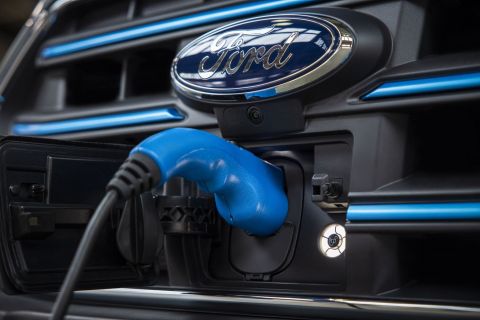 American auto giant Ford Motor Company will invest $1 billion to transform and modernize its Cologne car manufacturing facility into an electric vehicle (EV) factory as part of its plans to sell only electric passenger cars in Europe by the end of current decade.

Under the plans, Ford’s existing vehicle assembly plant will be transformed into the Ford Cologne Electrification Center to allow the automaker to produce EVs. It will be Ford’s first of its kind manufacturing facility in Europe.

Stuart Rowley, president of Ford Europe, said that Ford’s decision to invest $1 billion to transform and modernize its Cologne manufacturing plant into an EV factory underlined its commitment to Europe and a modern future with EVs at the heart of its growth strategy.

Commenting on the announcement of the planned investment, Rowley said, “Our announcement today to transform our Cologne facility, the home of our operations in Germany for 90 years, is one of the most significant Ford has made in over a generation. It underlines our commitment to Europe and a modern future with electric vehicles at the heart of our strategy for growth.”

The auto giant aims to roll its first European-built, volume fully-electric passenger car out of the new manufacturing facility sometime in 2023. A second EV is scheduled to be rolled out in the following year. The company wants to have all-electric (EVs) and plug-in hybrid (PHEVs) throughout its entire lineup by the end of 2026, and deliver only fully-electric passenger cars in Europe by the end of 2030. More details about the company’s electrification plans in Europe, including the transformation of the Cologne manufacturing facility, will be released in the coming months.

It is worth-mentioning here that the Cologne car manufacturing facility is one of Ford’s largest manufacturing plants in Europe in addition to being the home of the European division of the American automaker.

The new announcement followed the American auto giant’s previous announcement, in which it said that it would double its planned EV investment to $22 billion through 2025.

Ford is accelerating the pace of its electrification as governments around the globe, particularly in Europe, are pushing automakers to switch from internal combustion engines (ICEs) to EVs to help protect the environment as well as public health. Moreover, European Union (EU) has imposed aggressive targets to trim down greenhouse gas emissions from vehicles, and automakers will face hefty potential fines if they don’t comply.