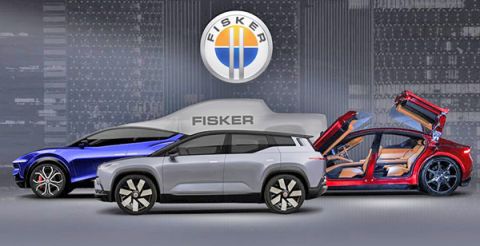 American electric vehicle automaker Fisker Incorporated aims to challenge electric car pioneer Tesla and automobile giant Volkswagen (VW) by producing a new, affordable model that would appeal to the masses. In a recent interview, Fisker founder Henrik Fisker revealed that he and his team wanted to produce an EV that would have the same kind of appeal as the original Mini or VW Beetle.

Mr. Fisker said that he wanted to design an EV with appeal of the original Mini or VW Beetle because those iconic cars appealed to all, including billionaires and ordinary people. He stressed that they wanted to the new EV model to be an affordable vehicle with a radical design so that it could go across social borders.

Speaking on the topic, he said, “Billionaires had them, ordinary people had them. That's the sort of iconic vehicle that we are looking to make, a feel-good vehicle. I want to create a vehicle that can go across social borders. We can therefore expect the model to have a radical design, whichever body style it may have.”

While Mr. Henrik expects the model to feature a radical design with whichever body style it may have; he dropped a hint that it will most probably be a crossover, though, the second after the company’s Ocean crossover that is set to enter the production line in 2021 and go on sale in 2022.

The Ocean’s starting price tag of $37,499 and Fisker’s aim of producing a more affordable EV will make the producer undercut the new EV’s price. It would also help the company in challenging the upcoming entry level Tesla EV, which will reportedly cost around $25,000. Producing and offering an EV will also help the Southern California-based company in snatching some market share from the likes of the VW ID.1, which is expected to be cheapest in the segment.