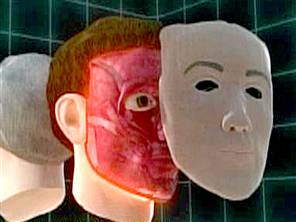 Dr. Bohdan Pomahac of Brigham and Women's Hospital in Boston, the surgeon who led the country's second-ever face transplant operation said he is "cautiously optimistic" over the recovery of the patient and that "so far he is doing very, very well."

Pomahac and his team in a 17 hour surgery Thursday replaced the man's nose, palate, upper lip, and some skin, muscles and nerves with those of a dead donor. He added that the man who was severely injured in a freak accident several years ago has so far chosen to keep his identity a secret, is recovering as expected.

A total of seven face transplants have been reported worldwide, with three of those occurring in just the past two weeks.

At a Friday press conference, Pomahac said that the patient had not undergone immunosuppressant therapy before the operation became necessary. Late last year the hospital had publicly stated that it would not perform this kind of transplant due to ethics guidelines that they created when face transplants first became a viable option.

Immunosuppresants generally become a lifelong requirement and carry a host of possible side effects, and the hospital said it would only allow a patient to receive a face transplant procedure if he or she was already using them after a procedure such as a heart or kidney transplant.

This therapy is normally necessary in such operations to prevent the patient's body from rejecting the organs or tissues of the donor. Such therapy is crucial to the patient's survival, but it also comes with serious side effects, including an increased risk of infections.

Pomahac said that the hospital has obtained approval from an institutional review board for performing the operation on patients not on immunosuppressants and added that the hospital made the decision to liberalize the rule in order to help more patients in need.

"We felt it was a natural progression of the program to extend [the operation] to the patient who is not on immunosuppressants."

The patient is now on immunosuppressants, said Pomahac and likely will be for the foreseeable future.

"The patient is now expected to take immunosuppressant medication for the rest of his life," he said. "There is nothing on the horizon, no major medical breakthrough that would suggest otherwise." He said that the doses would likely be reduced as time progresses.