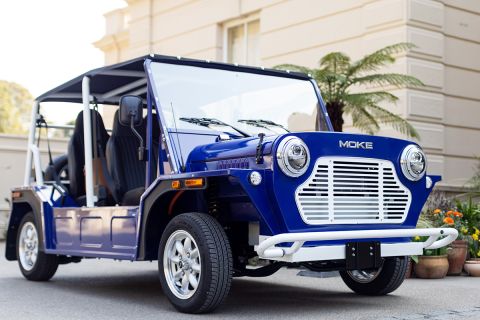 EV Technology Group Limited (EVT Group), a Canada-based company that focuses on opportunities in the electric vehicle (EV) market, has agreed to purchase an additional stake in MOKE International, boosting its total stake in the EV manufacturer to nearly 68 per cent.

Under the terms of the deal, EVT Group has also been provided with the option to acquire the remainder of MOKE International, which would allow the Canadian company to push its ownership to 100 per cent.

EVT Group describes itself as a company with a mission to bring iconic brands into the thriving EV revolution. This is why it has targeted MOKE International, the holder of the original MOKE trademark.

MOKEs were Jeep-like British cars manufactured and sold in the 1960s. Nearly 50,000 of MOKEs were produced, ultimately developing a cult following around open-top fun rides. Over the years, the design of MOKE vehicles has been rehashed several times, and some companies made varying degrees of claims to the MOKE trademark.

Recently, MOKE International decided to go all-electric, putting an end to production of gas-powered models in favor of environment-friendly electric models. EVT Group CEO Wouter Witvoet said that he decided to invest in MOKE International after discovering the joy of driving a MOKE vehicle.

When asked for a comment, Witvoet explained, “The investment in MIL is extremely close to my heart. I first became interested in MOKE International when I tried to rent the vehicle in the South of France – I quickly discovered the joy of driving this vehicle in beautiful locales – but also the commercial opportunity given how high demand was for this iconic brand, relative to supply.”

The new all-electric MOKE EV, which is all set to go on sale this summer, has already garnered a long list of reservations in the United Kingdom and France. Priced at £34,980 (approximately $41,920), the rear-wheel-drive (RWD) EV features a top speed of 80 km/h (roughly 50 mph) and promises a range of 120 km (roughly 75 miles) on a single charge. Its 10.5 kW electric motor’s peak power has been rated at 33 kW.