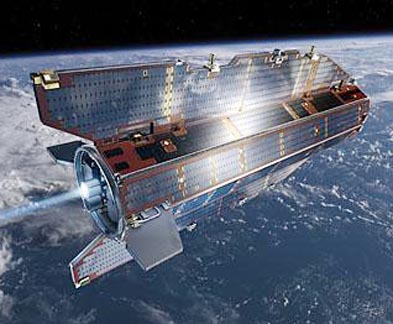 During the critical Launch and Early Orbit Phase, beginning with separation from its booster on March 17, GOCE (Gravity field and steady-state Ocean Circulation Explorer) was checked out to confirm that all of its control systems are operating normally.

This means that all of its systems are working normally and the satellite is ready for full commissioning of its scientific instruments.

With the end of LEOP, normal communications between the satellite and the ground are now being provided by ESA's ESTRACK station at Kiruna, Sweden.

"Everything is working well and we have a healthy satellite. Today, we will end round-the-clock staffing in the Main Control Room and move the Flight Control Team to regular work-day operations in the Dedicated Control Room," said Flight Operations Director Pier Paolo Emanuelli at ESA's European Space Operations Centre (ESOC), Darmstadt, Germany.

A major aim of the LEOP was to bring the Satellite-to-Satellite Tracking Instrument (SSTI) - a highly accurate GPS (Global Positioning Satellite) receiver - into full operation.

Emanuelli confirmed that it is working normally.

"Switching on the SSTI was especially important, as this meant the satellite could start performing its own autonomous orbit determinations," he said.

SSTI identifies GOCE's position very accurately, and we need this functioning before we can bring the satellite into its final drag-free operations mode," he added.

In addition to providing realtime navigation data for flight control, SSTI is one of GOCE's two payload instruments and it is a very accurate scientific tool for recording and reconstructing the satellite's actual orbit.

According to GOCE Mission Manager Rune Floberghagen, "Receiving initial science data from SSTI so soon has been an excellent first step and, now that the SSTI is operating, we are already proceeding with commissioning of the scientific payload."

"GOCE is operating very well, and we are already looking forward to commissioning our other main instrument, the Electrostatic Gravity Gradiometer, starting in mid-April," he added. (ANI)