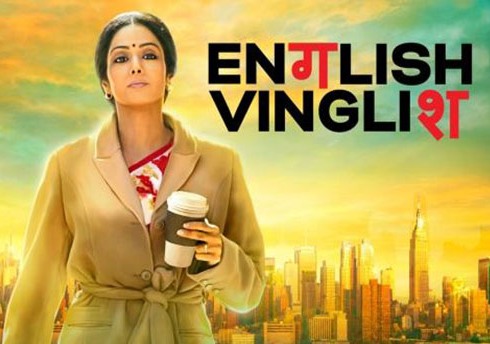 Mumbai, June 27 : A dubbed version of Indian actress Sridevi's comeback movie "English Vinglish" opened in as many as 90 screens in Germany Thursday.

The movie was highly appreciated in India and some international destinations when it released in 2012.

Produced by Eros International in association with R. Balki, the movie marked the directorial debut of Gauri Shinde, who hopes the movie will do well in Germany.

"I am extremely happy that 'English Vinglish' is spreading across continents. In my last visit to Berlin, the response for the film was overwhelming during a festival and now I look forward eagerly to the countrywide response," Shinde said in a statement.

Its producers too hope that the "global triumph" of the movie continues.

"We are confident of opening up further new avenues for exhibition," said Pranab Kapadia, president (Marketing and Distribution), Eros International.

"English Vinglish" is the story of a middle-class woman Shashi Godbole, a character essayed by Sridevi, who is skilled at many things except the English language. Her husband and daughter often bully her, but she emerges strong and takes up the challenge of learning the language while on a trip to New York. (IANS)