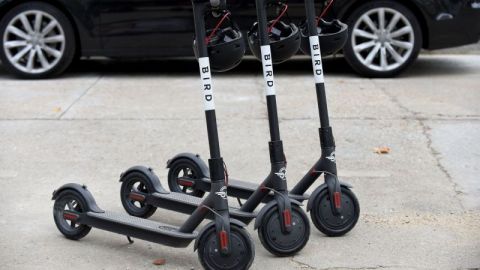 Venice, California-headquartered Bird Rides Incorporated has confirmed that it will merge with a special purpose acquisition company (SPAC) called Switchback II Corporation to go public in a deal valuing the electric scooter (e-scooter) rental startup at more than $2 billion. According to the e-scooter startup’s announcement, the deal will be supported by a private investment of $160 million from Fidelity Management & Research Co. and other investors. The combined entity will get nearly $428 million in funding to grow its business. The deal has an enterprise value of $2.3 billion.

Travis VanderZanden, founder and CEO of Bird Rides, said in an interview that the proceeds from the deal would be used to expand the company’s electric bike rental and retail services to more cities by joining forces with local entrepreneurs.

Jasmine Wallsmith, a spokesperson for Bird Rides, said, “We plan to scale our platform to provide our low carbon transportation services to more people in more cities around the world.”

Founded in 2017, Bird Rides generated $95 million in revenue during last year. The figure represents a decline of 37 per cent year-over-year (y-o-y), and most of the decline was due to the impact of the lockdowns caused by the COVID-19 pandemic. However, the company has seen its business recovering in the first quarter of this year in a number of cities around the globe. The company is actively operating its e-scooter service in more than 200 cities worldwide, where it lets customers to remotely unlock and rent its electric personal mobility solutions using an app.

Following the completion of its merger with Switchback II Corp., Bird Rides will be renamed as Bird Global and will get listed on the New York Stock Exchange (NYSE). The deal is expected to close sometime in the third quarter of this year.