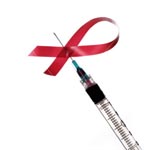 : A number of government and voluntary groups have joined hands to bring youth to the forefront of an anti AIDS campaign in Dharamsala.

Representatives of 20 organisations took part in the meet.

"We felt there is a communication gap within the family and in the society. So, the youth of today are feeling lost. They feel they don’t have much of a role to play in this,” claimed Vijay Sharma, the general-manager of 'FXB India Suraksha', an NGO.

“Involving young students, adolescents and college students in this program, we would like to bring them into the mainstream in designing and implementing and delivering some of this program," Sharma added.

Students too participated in the meet at which some volunteered to help, while others sought information.

"I am here to see how people are doing their work on AIDS. I would like to work with organisations like FXB and Yatra (voluntary groups), because I think that we should come forward for this AIDS awareness program," said Tammana Khan, a student.

According to a government report, there are 1930 HIV cases in Himachal Pradesh.

India has the world's third highest HIV caseload, after South Africa and Nigeria, with around 2.5 million people living with the virus -- of whom around 70,000 are under 15 years old.

A survey conducted by the National Family Health Survey (NFHS-3) of India, found a HIV prevalence rate of 0.28 percent for the age group of 15-49 years.

Prevalence is 60 percent higher among men than in women, at 0.36 percent and 0.22 percent respectively.