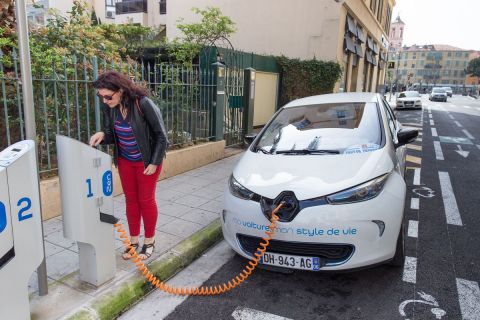 A newly-published World Energy Markets Observatory (WEMO) report has claimed that the cost of wind and solar energy generation has declined by more than 10 per cent year-over-year in 2019, a development that is widely expected to boost adoption of electric vehicles (EVs) by the masses.

According to the 22nd edition of Capgemini’s World Energy Markets Observatory (WEMO) report, wind and solar energies now account for more than 50 per cent of the global electricity generation investments.

The report also stated that generation of green energy and storage technologies are advancing and maturing really quickly. However, stability of grids has become a great concern in the industry. Increase in green energy capacity has put more pressure on oil companies, which are now finding new ways to diversify their businesses. They are also being forced to commit to net zero emissions by the mid of the current century, i.e. 2050.

Europe is leading other regions in the field of hydrogen development. In July this year, the European Commission (EC) decided to invest €180 to €470 billion by 2050 with plans to reach a share of 12-14 per cent in 2050 for environment-friendly green hydrogen in the European energy mix.

Meanwhile, renewable hydrogen producer Ways2H has got an injection of funds to continue its global expansion. Ways2H is a joint venture (JV) between the United States-based Clean Energy Enterprises and Japan’s Blue Energy Corporation. It has just closed a second round of funding, in which it has received a $2.5 million investment from California-headquartered Pacific6. Claiming that turning waste into green hydrogen has a great potential, Ways2H announced that it would use the funding to build more green hydrogen generation projects in the United States, Europe, and Asia.

Announcing the development, the company added, “The Ways2H system is similar to the types of gasification plants that are already used to convert trash into energy around the US, but with a few key differences.”
The rapidly expanding hydrogen economy is projected to reach $2.5 trillion by the year of 2050.

Governments around the globe, especially in the US and Europe, are making hard efforts to curb the use of fossil fuels to help control global warming. Like many European countries, the US state of New Jersey has called for ban on petrol and diesel-powered vehicles by 2035. Automakers are, meanwhile, being forced to trim down their carbon emission rates.