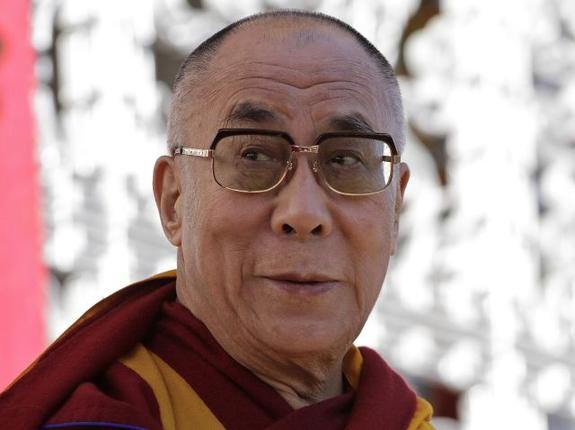 Dharamsala, Dec 6 : Two years ago, Tibetan spiritual leader Dalai Lama called off a trip to South Africa as it was "inconvenient" for that country's government to grant him a visa and missed a chance to meet Nelson Mandela again.

After cancelling his trip in October 2011, the Dalai Lama, winner of the Nobel Peace Prize in 1989, had said: "I am very sad and very much (hoped) to see Nelson Mandela, who is now very old. So now I doubt whether I can have another occasion to meet him."

In July, when Mandela was hospitalised in Pretoria for a recurring lung infection, the Dalai Lama expressed concern over the deteriorating health of Mandela saying "everybody is praying now".

Tenzin Taklha, joint secretary at the Dalai Lama's office here, told IANS that the Dalai Lama wrote to the family of Mandela expressing his deep sadness at the anti-apartheid hero's passing away.

"His Holiness said that he will personally miss a dear friend who he had hoped to meet again and for whom he had great admiration and respect," a statement from the Dalai Lama's office said.

In his letter, the 78-year-old monk said: "He was a man of courage, principle and unquestionable integrity, a great human being, someone of whom we can truly say: 'He lived a meaningful life'. I pray for him and offer my heartfelt condolences to you, the members of your family and the entire people of South Africa."

The Dalai Lama had cancelled his trip to South Africa in 2011, where he had been invited by fellow Nobel Peace laureate Archbishop Desmond Tutu, to take part in celebrations to mark the archbishop's 80th birthday.

Speaking to France Info radio while in New Zealand this year, the Dalai Lama said South Africa's anti-apartheid icons like Mandela and Desmond Tutu were ageing and frail and "logically they are going to go".

"The important thing is to preserve his memory," the Dalai Lama was quoted as saying. "I feel it's my responsibility" to ensure that and to see they inspire even after they have gone, he said.

The last time the Dalai Lama met Mandela was Nov 5, 2004 in Johannesburg, according to a post on Dalai Lama's official website.

Before that, the two Nobel laureates met each other Aug 21, 1996 in Cape Town. However, during the Dalai Lama's 1999 trip to South Africa there was no meeting between the two icons.

The Dalai Lama, who has spoken in favour of "greater autonomy" for Tibet from China, rather than complete independence, has lived in exile in India since fleeing Tibet during a failed uprising in 1959. (IANS)