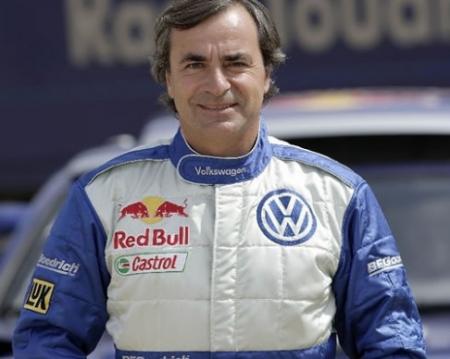 Copiapo, Chile  - Race leader Carlos Sainz on Tuesday continued dominating the Dakar rally when he won the 10th stage that was overshadowed by an accident in which Spanish motorcyclist Cristobal Guerrero was seriously injured.

Sainz in his Touareg seems destined to give VW their first-ever Dakar victory as he has a 24:54 minute lead over American Mark Miller, who is also driving a Touareg.

South African Geniel de Villiers completed a successful day for the German car manufacturer as he ended the day in third place, 41:13 minutes behind.

Guerrero had to be airlifted to a hospital in Copiapo after a fall from his bike during the 467 kilometre-long stage through the Atacama dessert.

The seriously injured KTM driver is in a coma.

Sainz told the German newspaper Die Welt that the desert was very dangerous. "People have actually very little to do in the desert. Regardless of whether they on foot, on a motorcycle or in a car. Whoever is not fully prepared can easily die," he said.

The start of the stage had to be set back by two hours as heavy mist made it too dangerous and organizers cut the distance by 200 km as a result.

In the motorcycle category KTM driver Marc Coma, who won the rally in 2006, is well on course to win as he leads Frenchman David Fretigne on a Yamaha by 1:24:50 hours. (dpa)