Computer geeks are the best when it comes to sex 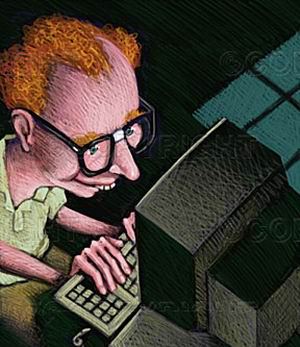 London, May 21 : If your partner is a computer nerd, your sex life would certainly be rocking, for a survey has revealed that IT professionals make the best lovers.

The anonymous study of 2,000 British men and women also found computer geeks to be the most selfless in the sack, the most adventurous and more likely to use love gadgets.

A total of 78 percent of techies questioned also claimed that sex toys were part of their love life, and eight out of ten tech workers said that sex toys played an important part in their sexual relationships.

In addition, 82 percent IT workers claimed that they put their partners'' sexual needs above theirs, which turned out to be the highest among all of those asked.

However, the survey revealed that a perfect body doesn''t necessarily translates into a perfect romp- participants who worked in the fitness industry were found to be least likely to use sex toys, with just three in ten using them regularly.

And fitness freaks were also found to be the most selfish lovers too, reports the Sun.

When asked whether they considered their partners'' needs above theirs, only 41 per cent answered positively, scoring the lowest among all those questioned.

However, when it comes to stamina, they certainly have an edge over others-IT workers, though passionate, failed to answer in affirmation when asked if they have sex more than three times a week.

Computer geeks had to finish third to office workers and fitness experts.

The survey''s key findings are as follows: