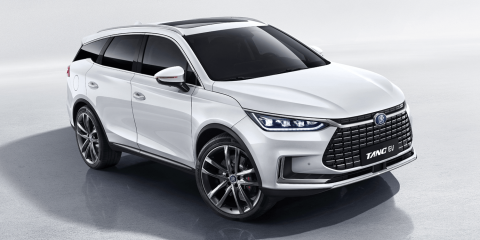 Chinese electric vehicle (EV) manufacturer BYD Auto Company has reported an impressive jump of more than 160 per cent in last year’s net profit as it started producing facemasks amid the COVID-19 pandemic. BYD Auto is backed by renowned American billionaire investor Warren Buffett. Shenzhen-based BYD announced that its net income surged 162 per cent year-over-year in 2020, thanks to a recovery in demand for EVs in the domestic market. More precisely, the company’s net income jumped to 4.2 billion Yuan (US$644 million) last year as operating revenue increased to 153.5 billion Yuan.

After recording robust sales in the first couple of months this year, the company expects its first-quarter profit to jump by around 166 per cent. However, Citigroup Inc. said that the company’s profit guidance was lower than the market’s average expectations.

BYD, one of EV pioneers in China, has been enjoying a surge in demand since April last year, even as the country was in the midst of the COVID-19 pandemic that forced a large number of businesses to temporarily suspend their operations and employees were working from home for several months. The momentum in the automobile industry was assisted by various government incentives. All those factors helped domestic EV sales to reach unprecedented highs last year, with sales jumping to 1.37 million units. The figures were compiled and shared by the China Association of Automobile Manufacturers.

While the COVID-19 caused financial crisis for a large number of businesses, BYD benefitted from it by as the deadly pandemic provided it with an opportunity to create a new, lucrative segment last year -- face masks.

Within two months of starting the face mask business, the Chinese EV giant became the world’s largest manufacturer of the protective gear. It may be noted here that face masks continue to be in great demand as authorities have made it compulsory for people to wear mask in public areas.

The company is also involved in a number of other businesses, such as EV batteries, energy storage, urban rail transit systems, and handset components. However, EVs remain the company’s main business and area of focus. Most recently, it took wraps off a refreshed version of the small city crossover Yuan. The new Yuan Pro comes equipped with a Blade Battery (a lithium-iron-phosphate chemistry in a cell-to-pack system), which offers a range of 401 km (249 miles) on a single charge. With many more EVs in the pipeline, the manufacturer is highly buoyant about its future.