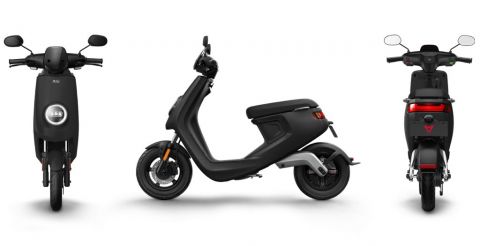 Beijing-headquartered electric scooter manufacturer NIU has announced positive gains almost entirely across the board for the third quarter that ended on September 30, 2020.

The devastating Covid-19 pandemic resulted in months of production shutdowns across China and other markets across the world, which, in turn, pushed manufacturers into the deep red. However, NIU showed its potential by quickly recovering from those disruptions and showed that it could actually grow even amid challenging conditions.

Demonstrating numerous operational achievements in the third quarter, NIU reported an increase of 67.9 per cent in the number of electric scooters sales that jumped to settle at 250,889. More than 70 per cent of those 245,293 e-scooters were sold in the company’s domestic market of China.

Yan Li, Chief Executive Officer (CEO) for NIU, said that they were working closely with the company’s international distributors to mitigate the impact of the pandemic in order to bring sales back to track of fast growth.

Commenting on the results, Mr. Li said, “Our international sales were affected by rebound of COVID-19 and sales volume grew by 6% only. We are working closely with our international distributors to mitigate the impact in order to bring our sales back to fast growth track … with the continued cost optimization efforts we expect our gross margin to improve.”

The number of EV manufacturer’s franchised stores in China grew by 182 to 1,266, and expanded to three dozen international distributors in nearly four dozen countries. The only area in which the company failed to see a year-over-year growth was in its gross margin, which slipped from 22.2 per cent to 20.9 per cent.

The aforementioned jumps in NIU’s quarterly revenue and net income become all the more impressive when we consider the fact that the company growth occurred during a time when the Covid-19 pandemic ravaged the markets of china and the entire world.