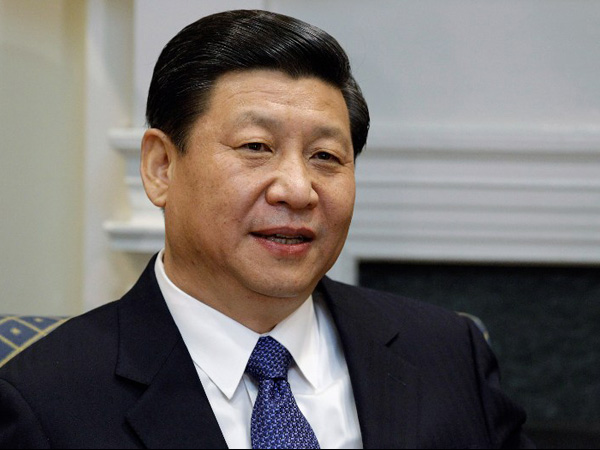 Beijing, June 6 : President Xi Jinping promised to protect the lawful rights and interests of investors as hundreds of businessmen gathered in the western city of Chengdu Thursday to discuss China's economic prospects.

In a message to the 2013 Fortune Global Forum, Xi told businessmen that China is a safe haven for investment opportunities, reported Xinhua.

"The Chinese government will, as always, protect the lawful rights and interests of investors, strengthen the protection of intellectual property rights and provide quality service to foreign companies," Xi wrote in the letter.

A once seclusive China has become intertwined with the rest of the world since it opened up in 1978. By the end of 2012, China had approved more than 740,000 foreign-invested companies, whose combined direct investment in the country surpassed $1.2 trillion.

More than 400 of the Fortune 500 companies have invested in China.

"We continue to welcome with open arms leading global companies to do business in China, participate in the process of China's modernization and share the success of China's reform and development," he wrote.

The 2013 Fortune Global Forum has chosen "China's New Future" as its theme, demonstrating the global community's keen interest in the country's future, as the nation is in the process of realizing the "Chinese Dream", a concept raised by Xi last year that refers to the renewal of the Chinese nation.

"To realize this dream, we will give top priority to development, put people first and continue to carry out reform and opening up. We will boost in an all-round way economic, political, cultural and social progress and build a sound ecology, and ensure coordinated development in all aspects and links of China's modernization drive," Xi wrote.

China has set 'two 100-year' goals for its future.

As 2020 will mark the 100th anniversary of the founding of the Communist Party of China, the first goal is to double its gross domestic product and per capita income of its urban and rural residents by 2020 from those in 2010.

The second goal is to turn China into a modern socialist country that is prosperous, strong, democratic, culturally advanced and harmonious by the middle of this century, when the People's Republic of China celebrates its 100th anniversary.

"A China full of vitality which keeps growing and making progress will bring more opportunities and benefits to the people of other countries," said Xi.

The forum, from June 6-8, is being held in China for the fourth time. Three previous forums were held in Shanghai in 1999, Hong Kong in 2001 and Beijing in 2005, respectively.(IANS)