Casino Cosmopol in Sundsvall to be permanently closed, 68 jobs lost 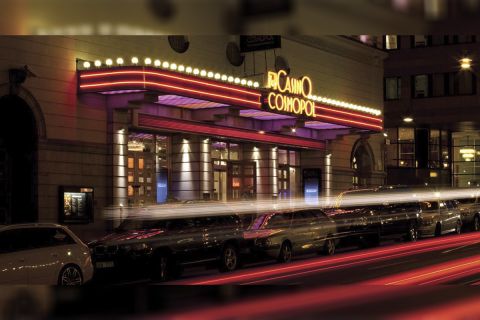 State-owned gambling operator Svenska Spel AB has confirmed that its Casino Cosmopol-branded venue in the northern city of Sundsvall will soon permanently be closed.

Svenska Spel decided to permanently close the gambling and entertainment venue in question because the enterprise has failed to become profitable. Since its launch nearly two decades ago, the venue has been struggling to be profitable because of steadily declining customer base. According to emerging media reports, the venue was launched as the Scandinavian nation’s first international gambling and entertainment facility in 2001. It was followed by the launch of Casino Cosmopol-branded properties for the bigger cities of Malmo, Gothenburg and Stockholm.

The same media report also pointed out that the Sundsvall branch of Casino Cosmopol-branded venue has also been adversely hit by strict rules and regulations governing how local land-based gambling and entertainment venues are marketed. It became more problematic since the outbreak of corona virus that led to a sudden increase in the availability of online casino entertainment, which further ate into land-based venues’ pool of patrons.

The decision to permanently close the venue has been announced following a sustained period in which Svenska Spel and the facility’s workers made concentrated efforts to convince the operator not to close the venue.

Patrik Hofbauer, the president & chief executive officer for Svenska Spel AB, announced the decision to close the venue for good, explaining that the Casino Cosmopol property in the northern city of Sundsvall will be closed as soon as possible, which will lead to more than six dozen job losses.

Providing further details, Hofbauer added that the closure of the venue would cause 68 redundancies. He added that it was a sad decision but the management had to adapt to prevailing market conditions.

Announcing the decision to permanently close the facility, Hofbauer added, “It is a sad message to have to give to our talented employees but we must adapt to prevailing market conditions. With a constantly declining customer base, the casino in Sundsvall is no longer profitable and then it is unfortunately not commercially defensible to continue to run the business.”

Almost all of casinos in Sweden remained closed for months due to the deadly corona virus pandemic, but the decision to permanently close the Casino Cosmopol-branded venue in Sundsvall sent a wave of shock in the already beleaguered casino industry. Since the outbreak of the COVID-19 pandemic, which has claimed nearly one million lives across the world, casinos have been among the worst-hit businesses. Being considered non-essential, these businesses failed to get required support from the government.