Car computer systems look to get into gear 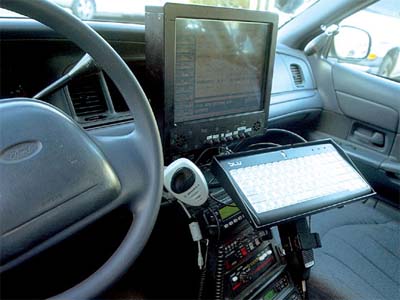 Munich  - In this day and age, where mobile phones can outcompute laptops, refrigerators have an internet connection and the television gives the PC a run for its money, technology systems in cars look positively dated.

Development cycles and problems transmitting mobile data have held back those systems until now, says Ralf Guido Herrtwich, a designer with Mercedes Benz. But no more. Now it's time to catch up.

Indeed, it won't be long before navigation systems can look even further afield, infotainment systems can be online more regularly, all while the systems are getting easier to use. Also, your car might learn to talk.

To that end, Mercedes wants to store all navigation and infotainment data online, meaning the car will only access the data as necessary. Indeed, the myCommand system, planned for a 2015 release, shouldn't just solve the development cycle and help cars keep pace with the entertainment system, it should also be able to offer additional features.

Navigation systems, for example, will become more up-to-date and informative. New maps will be merged with satellite images and pictures while the map will be linked to a databank with real-time information about gas prices or the number of free spaces in a nearby parking garage.

Additionally, the music system should be able to broadcast all stations available via web radio. On top of that, voice over internet protocol will drop the price of telephoning and technology leaps will allow back-seat passengers to surf the internet.

Continental is pursuing its own system, AuotLinQ, which should let the car connect to the internet via a mobile phone for downloading content and services to the car. Simultaneously, the service will allow the upload of vital car data.

"Thanks to AutoLinQ, drivers will be able to monitor and control certain car functions with their mobile and keep track of their auto status," says Enno Pflug, a company spokesman.

Navigation systems should be more linked to car operations, says Katherina Boelsterl, a spokeswoman for BMW. A forward-looking system could reduce demand from batteries on a downhill incline in hybrid vehicles or boost power to gasoline-powered vehicles when more power is needed for merging onto highways.

To make sure drivers will be able to use all these functions, companies are working on new, dual-view display technologies, already available in the Mercedes S class and coming soon to the Jaguar XJ.

An optical mask divides the display so two people looking at the monitor see completely different images, says Mike Mohan, chief of technology for Jaguar. Thus, while the driver sees a map, his passenger can watch a movie. Sound is provided via headset.

But as systems offer more functions, operations will become more difficult. Which is why manufacturers are on a quest for simpler solutions. Instead of a knob or a touch screen, Lexus has a kind of tracking ball with buttons for navigating the menus of its HS 250h model.

"The future of operations is in voice commands," says Alexander Huber, a designer at BMW. Buttons might work fine when the car is stationary, but as soon as the car is moving, the driver's hands need to be on the wheel.

That's why BMW has improved upon voice-command technology with its One Shot system. Activated by pushing a button on the steering wheel, the driver just needs to say the destination to make the car map out the trip, eliminating the need to push buttons to come up with the right city, street and address.

Robert Hein, a developer with BMW, even envisions a day where drivers don't have to input their destination. The system he has programmed keeps track of a driver's trips, eventually gaining the ability to compute where a trip might end up based on past experience.

And there's more. The new special Mini model, Camden, will come with a so-called Mission Control that can react to 120 actions with a menu of 1,500 comments. The repertoire extends from a greeting to an explanation of the automatic start-stop system to a reminder not to forget to feed the meter.

"Of course it sounds like a game," says designer Fabrice Baradoux. But the small talk is more than just babble. "Anyone who sticks to it will drive more safely and economically." (dpa)