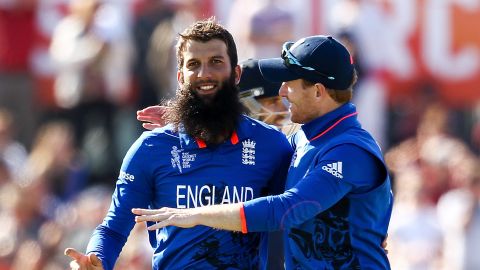 England lost the ICC T20 world cup semifinal game against New Zealand but two of the squad members have been featured in the Kevin Pietersen’s best XI of the tournament. Moeen Ali and Jos Buttler are included in the eleven players squad selected by the Betway ambassador.

The complete best XI selected by Pietersen is as follows:

Moeen Ali was sensational for England with the bat and bowl. He took 7 wickets throughout the campaign and scored valuable 92 runs.

Jos Buttler was the leading run scorer for English side as he made 269 runs and scored brilliant century against Sri Lanka to take his team towards the semifinal.

Apart from these two English batsmen, Pietersen picked three Pakistan players, two Sri Lankan, two from South Africa and one-one each from New Zealand and Australia. This is interesting selection from KP as he selected only one player from each Australia and New Zealand which were two finalists of the championship.

There is no player from India and West Indies been elected in the tournament’s 11 chosen by Kevin Pietersen. England were favorites to win the championship since the start of the ICC twenty20 world cup in UAE but eventually they’re knocked out by New Zealand in the semifinal.

The next edition of world cup for t20 format is scheduled to play in 2022 hosted by Australia in October and November.