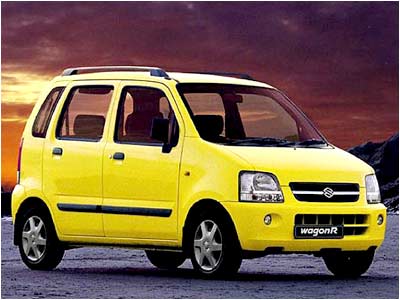 The Budget 2008 has finally brought welcome relief to the auto sector, which was otherwise spinning under a slowdown caused by firm interest rates.

Mr. P. Chidambaram, Finance Minister on Friday, has announced a surprise cut in excise duty for small cars (4,000 mm in length and engines with 1.2 litres capacity, if petrol or 1.5 litres capacity, if diesel) from 16% to 12%.
With this move, small cars will cost Rs. 7000 to 16000 less. Maruti Suzuki, a major listed player in the passenger car market, will be the main beneficiary.

The company has announced a reduction in prices of some of its models following Finance Minister P. Chidambaram's proposal. The models are Maruti 800, Omni, Zen, WagonR, Swift Diesel and Alto.

Commercial vehicles, too, stand to beneficiated with the budget proposal. The excise duty on buses has been reduced to 12% while on trucks it was reduced to 14%. It is anticipated that the reduction will bring down prices by Rs 20,000-Rs 40,000.

As for two-wheelers, the price cuts are likely to be modest — Market leader Hero Honda will lower prices by Rs 1,000-Rs 2,400. Other players have indicated price cuts ranging from Rs 600 to Rs 3,000.

The Players across all segments, be it the two-wheeler, car or commercial vehicle makers, stand to benefit from the excise duty cuts announced. It is expected that duty reduction will provide cheer to small carmakers, two wheeler makers and bus makers.

However, the budget failed to excite the industry captains, as corporate tax, dividend distribution tax and surcharge were left unchanged, contrary to market expectations.