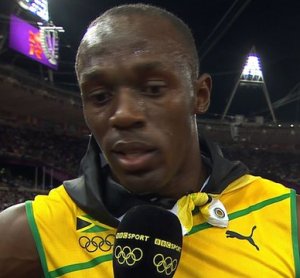 London, July 27 - Jamaican sprint superstar Usain Bolt has said that he would run in the heats of the 4x100 metre relay at the Commonwealth Games going on at Glasgow.

Bolt is yet to run competitively this season and has never before competed in Commonwealth Games, but the sprint legend ended weeks of doubt about his plans after flying into host city Glasgow on Saturday.

Bolt said that he would be running in the heats, adding that he needs the runs really and he needs to get it going, The BBC reported.

The relay heats would get under way at Hampden Park on Friday, August 1.

Bolt, who has had a foot injury, said that he is there to run and does not see why else he would travel to Glasgow. He added that the injury has completely gone.

The six-time Olympic champion said that he has done a lot of training over this past month and has been really pushing himself and is in pretty good shape. But, he added, he is not yet in running shape hence why he is running the heats, just to get a few runs in. (ANI)