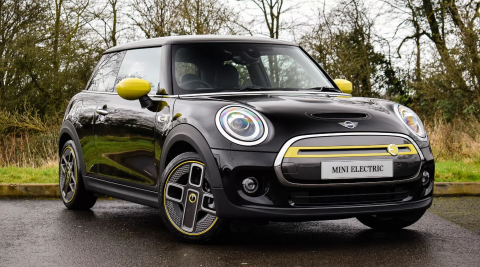 Automobile brand Mini, a division of luxury carmaker BMW, has confirmed that it is planning to offer a fully ‘electrified model family’ of cars that will go on sale alongside gasoline and diesel model, with a special focus on fast-growing electric vehicles market China.

Offering a wider range of electric vehicles (EVs) with a stronger focus on markets like China is part of the company’s realignment of its model range with changing business conditions and customer demand. The company said in a statement that a completely electrified model family of new vehicles, which would be available alongside gasoline and diesel engines, would aim at markets where mobility needs are not yet met by all-electric vehicles.

Speaking about the plans to focus on China, Mini said, “Looking specifically to China, the brand’s joint venture with Great Wall Motor will allow a range of electric Mini models to be built there, starting in 2023. That will allow the Mini brand to change its status from import brand to “locally producing automotive supplier.”

The new plans represent a drastic U-turn from the company’s previously reported highly ambitious plan reported by numerous outlets in 2019, in which inside sources had hinted that the company was planning to nix all future gasoline and diesel models for the brand and streamline global offerings to just three core electric models.

At present, Mini’s electric vehicle lineup includes the Mini Cooper SE, which remains limited in the United States. The 2020 Mini Cooper SE features a 28.9-kWh battery pack that offers a range of 110 miles. Slightly more than 151-inch in length, the Cooper SE has a top speed of 93 miles per hour (mph) with the capability to sprint from zero to 60 mph in 6.1 seconds. After the available $7500 federal tax credit, it costs $23,250.

With the company’s new plans, the brand’s future EV portfolio will include a three-door hatch, and two compact crossovers. The three-door hatch will perhaps more closely evoke the classic Mini Cooper Mini Cooper. The details about the planned small-car crossover are yet to be announced, but it will reportedly be an exception to the brand’s full-range approach as it will be exclusively made available in all-electric form.

The Mini Countryman’s next-generation version will be offered both as an internal combustion model and all-electric model. It may be noted here that the Mini Countryman range makes up about 40 per cent of the brand’s overall sales.