BMW iX to cost more than $80,000 in US, much higher than previously expected 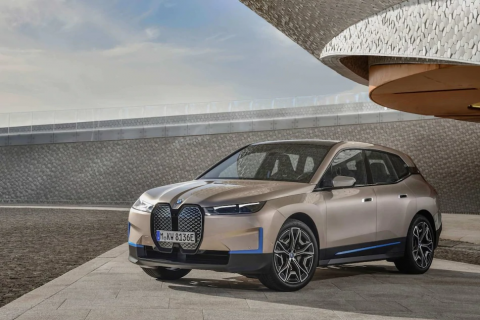 German luxury automobile manufacturer Bayerische Motoren Werke AG (BMW) has confirmed that its new electric SUV, the BMW iX, will be launched in the United States with a starting price tag of more than $80,000. BMW has announced that US pricing for the iX would be announced closer to its market launch, but it confirmed that it would cost more than $80,000. Confirming a rough pricing estimate for the fully-electric iX SUV, BMW announced that it would cost in the mid-$80,000 range in the US.

Announcing US pricing for the iX SUV, “US pricing will be announced closer to market launch but the iX is expected to have an MSRP starting in the mid $80’s.”

The rough price tag announced for the BMW iX SUV, which will place the upcoming EV in-between the Tesla Model Y and Model X in terms of pricing, has shattered hopes that the iX will be an affordable EV.

The German auto manufacturer had long been hyping the roll out of its next-generation EV, dubbed the iNEXT. The company’s head of sales & marketing, Ian Robertson, once expressed doubts about EV pioneer Tesla Motors’ ability to produce the Model 3 electric sedan in volume at a price of $35,000. But, he also stressed that the iNext would prove to be a real competitor in the segment.

However, last year the company announced that the iNEXT electric SUV would become the “BMW iX.” Now, the company has shattered hopes about the iX SUV’s affordability by stating that it would cost more than eighty thousand dollars.

According to the manufacturer’s claims, the all-electric iX SUV will be made available in two variants- the iX xDrive40 and iX xDrive50. Equipped with a powerful battery pack having a gross energy content of over 100 kWh, the EV will cover more than 300 miles of range on a single charge. It will sport two electric motors with a total 370 kW/500 horsepower, which is enough to sprint from 0 to 100 km/h (roughly 62 mph) in less than five seconds. In terms of charging capacity, it will be able to fast charge at up to 200 kW, with 10% to 80% of charge in just 40 minutes.

The US launch of the environment-friendly BMW iX SUV is slated for sometime in early 2022, with the process of pre-ordering expected to start in June this year.