Bitcoin and Ethereum crash nearly 33 percent within a week 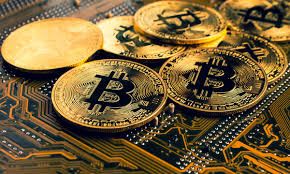 Crypto-currency market is facing tough times and this time it seems to be a massive downturn for these alternative assets. Within a week, two of the highest valued cryptocurrencies have lost nearly 33 percent of their value and nearly 15 percent in just a single day. Bitcoin and Ethereum are not new to such high volatility but some investors are worried about the levels not seen by these currencies for a very long time. Compared to other assets, cryptocurrencies are highly prone to volatility and investors in these coins are quite used to it. But, this time seems little different.

Bitcoin leads the decline in crypto-currencies

Bitcoin has touched fresh 52-week low on Sunday (June 19) and has traded briefly at $17,540, a level not seen in a really long time. Crypto-currency markets don’t usually follow the pattern of stocks but many experts do make predictions based on technical charts. After bitcoin breached the psychological $20,000 level, further weakness was imminent.

Billionaire entrepreneur and and business executive Michael J. Saylor has been a strong advocate of Bitcoin and his company MicroStrategy owns 129,218 Bitcoins. The company has bought the cryptocurrency at an average price of $30,700. At the current price of $18,000, MicroStrategy is sitting on an unrealized loss of $1.6 billion. There were reports about MicroStrategy hitting its margin call if bitcoin drops below $21,200 levels.

Taking about the margin call reports, Saylor said during an interview, “On a multi-billion dollar balance sheet, we only have got a $200 million loan that we have to collateralize. And we are 10x over-collateralized on it right now. If the market traded down by a factor of 10, we’ve got cash and we generate cash flow.”

Ethereum faces major blow as it drops below $1,000

As bitcoin and rest of the crypto assets were trading low, Ethereum also faced strong selling pressure. As Ethereum dropped below $1,000, the next stop was $900 and on Sunday, it dropped further to $889 (levels seen during COVID-19 pandemic lockdowns). With no support in sight, it seems like crypto investors are staring at a long time to recover their losses. Or, they might have to book some of their loss. From a yearly high of $4,819, Ethereum has lost nearly 80 percent.

Other crypto-currencies wipe out 90% from their recent highs

While the two major currencies have lost nearly 35 percent in the recent times, there are other popular coins like Solana, Matic, Cardano, Polkadot, Dogecoin, Tron, Shiba Inu, Litecoin, Chainlink and UniSwap that have lost nearly 90 percent of their value from the highs seen in 2021.

Clearly, 2022 has been a tough year for crypto-currencies and stock markets. However, it is yet to be seen if some of these smaller coins will be able to survive. They could face mass exodus of investors and may not recover for a really long time.

2022 will be a big year for all these new asset classes. Many of them will face real test and challenging times as markets have realized the risks of macro-economy. The euphoria has vanished and probably some of the long term investors will wake up the reality of bear market in crypto-currencies. These assets have only seen quick drop and quick recovery in the past. This time could be different. If the markets stay weak for too long, it will be a true test of patience for HODLers.