Biocon gets approval to sell Novel Biologic Itolizumab in India 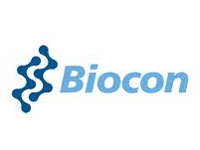 India biotechnology major, Biocon announced on Thursday that it has received approval for selling Novel Biologic Itolizumab that is used in the treatment of chronic plaque Psoriasis.

The company said that it has received marketing authorisation from the Drugs Controller General of India (DCGI) for the drug, which is an anti CD6 molecule and a first in class therapy with a unique Mechanism of Action (MOA). The approval for Itolizumab comes after a 52 week Phase III multi-centric clinical study, which was carried out in the country.

Itolizumab is the second Novel Biologic developed by the company based in Bangalore in southern India. The approval will now allow the company to launch its Alzumab in India this year. Alzumab, which has a better safety record than other approval drugs, will be marketed by Biocon's Immunotherapy Division.

The Alzumab drug will be manufactured and formulated as an infusion drug at Biocon's Biopharma manufacturing facility at Biocon Park in Bangalore.

Kiran Mazumdar-Shaw, CMD, Biocon, said, "We are excited to receive this marketing authorisation for Itolizumab from DCGI which will enable Biocon to introduce this novel, first in class biologic for the treatment of psoriasis patients in India. This is our Second novel biologic that we have developed in India, BioMab EGFR, an anti-cancer monoclonal antibody, being the first."