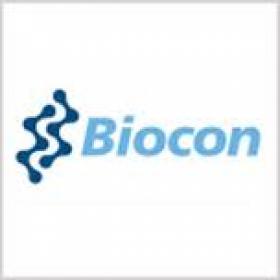 India's largest biotechnology company by revenue, Biocon has recorded an increase of 26 per cent in consolidated sales to 5.89 billion rupees in the fourth quarter of the fiscal year.

The Bangalore-based company had recorded consolidated sales at 4.66 billion rupees in the same quarter of the previous year. Biocon beat analyst expectations even as its fourth-quarter consolidated net profit fell by 3 per cent in the quarter because it recorded a strong boost in the other operating income

Experts had predicted a lower profit for the company was it was not due to receive any earnings from German drug distributor AxiCorp, which was sold by the company in April 2011. The German unit had contributed 73 million rupees to the profit in the second quarter of the last year.

Biocon focuses on developing biological treatments and t has partnerships with drugmakers such as Mylan Inc. It generates income through licenses fee for its drugs and also by selling iopharmaceuticals, including human insulin and monoclonal antibodies.

Meanwhile, the company recently inaugurated a new Integrated Research and Development Centre, which will employ 300 scientists in Bangalore.