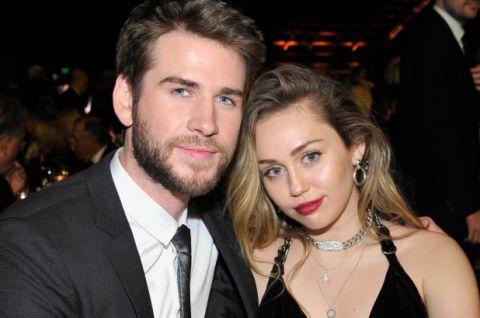 Being Vegan has been in fashion for the last few years. While many people do feel the benefits of eating a vegan diet, it is still not clear if they are able to get enough of nutrients and vitamins one receives from a diet having meat and milk products. Many celebrities have turned vegan and they support the vegan movement. However, there are many celebrities following a vegan diet just for health related reasons.

Miley Cyrus turned vegan in year 2014. “For me, I want to bring a message which is veganism, and that there doesn’t have to be torture in fabulous fashion,” Miley told Vogue magazine.

Liam Hemsworth adopted vegan lifestyle in year 2015, inspired by Miley Cyrus. He added in his comments to a celebrity magazine, “For my own health, and after all the information I gathered about the mistreatment of animals, I couldn’t continue to eat meat.”

Meghan Markle follows a partly-vegan diet. While strict vegans will not agree to her idea of following vegan principles but she is still trying to eat healthy. She adds, “I try to eat vegan during the week and then have a little bit more flexibility with what I dig into on the weekends.”

Jessica Chastain is vegan since year 2007. Her mother is a vegan chef.

Ariana Grande follows vegan diet. “I love animals more than I love most people, not kidding,” she told Mirror magazine. “But I am a firm believer in eating a full plant-based, whole-food diet that expands your life length and can make you an all-around happier person.”

Natalie Portman turned to vegan diet in 2009. “I think until then, I had thought, ‘Oh, with eggs and dairy you’re not killing animals,” she told Vanity Fair. “It’s just their natural byproducts. But when I started learning about the conditions—and the environmental effects of all these animals and the impact on humans of having large groups of sick animals together, it really made me want to change immediately.”

Carrie Underwood turned vegetarian at age of 13. However, in year 2011, she started following vegan diet.

In year 2011, tennis star Venus Williams was diagnosed with the autoimmune disease Sjogren’s syndrome. So, she made changes to her diet. She is following healthy vegan diet.

Some celebrities have tried to follow vegan diet but they have returned to eating meat or milk products. These include Kristen Bell, Usher, Dax Shepard, Lea Michele, Ellen DeGeneres, Anne Hathaway, Beyoncé and Jay-Z.

If you shift to a vegan diet, please make sure that you get enough of supplements that are essential for healthy living.