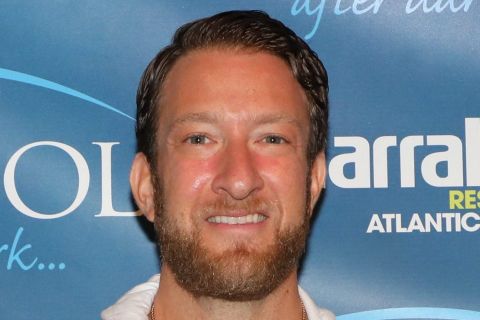 Dave Portnoy, the founder of sports and pop culture blog called Barstool Sports, has openly expressed his interest in the naming rights to NFL Buffalo Bills Stadium as the stadium will no longer be called New Era Field.

Expressing his interest, Mr. Portnoy said his sports media company could make a bid to acquire the naming rights to the NFL Buffalo Bills Stadium as the Buffalo-based headwear company “Bills & New Era” has ended its marketing collaboration with the team. In January this year, the team pronounced that the stadium would no longer be called New Era Field, but only be called Bills Stadium.

As the team continues the transition process from New Era Field to a new naming rights partner, Mr. Portnoy said Barstool would likely be a perfect fit for the Bills, which claims to have a rowdy “Mafia” fan base. He added that he already had a brief discussion with those who matter, and stressed that he was really serious about acquiring the naming rights to the Buffalo Bills Stadium.

Speaking on the topic, Mr. Pornoy said, “After a brief conversation with those who matter I am here to say we are very serious about buying the naming rights of the Buffalo Bills stadium and will enter the process. And by serious, I mean very, very serious.”

The four biggest professional sports leagues, namely the NHL, NFL, MLB and NBA, as well as the NCAA, have long been adamantly opposing sports betting. In the past, the effort was largely led by the NFL, which attracts the maximum number of sports bet each year in the United States. The NFL was the last of the major sports leagues to allow sports betting, even after the country’s apex court ruled in May 2018 that the federal government’s ban on sports betting was undemocratic.

Considerable changes occurred over the past couple of years. NFL teams are now able to accept marketing sponsorships from businesses that have stakes in the sports gambling space. A number of teams have already signed sponsorship agreements with businesses having stakes in FanDuel, DraftKings and BetMGM. Numerous commercial casino operators, including Caesars Entertainment and MGM Resorts, have also emerged as official casino partners for a variety of teams. Seneca Resorts & Casinos, for instance, is the Official Casino of the Buffalo Bills.