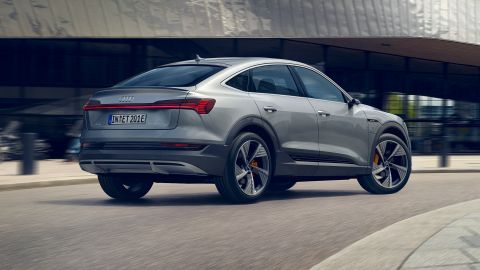 According to stats released by Audi, the sales of fully electric vehicles hit a new quarterly record of 4,324 units, which represents an improvement of whopping 153 per cent over the corresponding year of the previous year.

Compared to the manufacturer’s total released sales volume, the share of EV sales for the quarter under review stands at a very good 7.9 per cent. The share of EVs in the company’s overall sales volume is expected to rise in the coming quarters as the company is slowly but surely expanding its EV lineup. Analysts are of the view that every 10th Audi vehicle sold in the US will be fully electric sooner than later.

This summer, the German car manufacturer intends to start sales of its brand-new fully-electric model, dubbed the Audi e-tron GT. As per the company claims, the all-electric e-tron GT sports saloon will come equipped with a 90kWh battery that will be powerful enough to offer a range of 250 miles (roughly 400 km) on a single charge. With its 582 horsepower and automatic transmission, it is expected to pose a sturdy contest for the likes of Porsche Taycan 4S. In the long term, the e-tron will be followed by the Audi Q4 e-tron and Audi Q4 Sportback e-tron, which will probably be the key to increase the electric car sales volume.