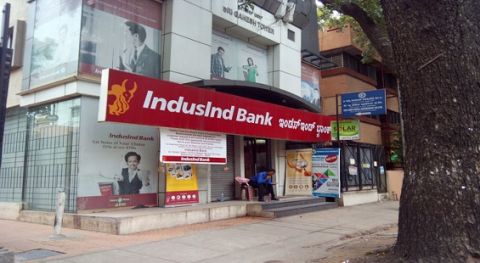 Market analyst Ashwani Gujral suggested two BUY Calls and three SELL Calls on Monday and TopNews will review the performance of those trading calls. Indian market declined nearly 3.4 percent yesterday with BSE Sensex closing at 30,028. The markets opened low and traded in the red for the complete trading session.

Gujral suggested Buy Call for BEL with a stop loss of Rs 64, target at Rs 76. BEL opened at Rs 71 and 71.80 was the high for the day. The stock touched Rs 64 level and stop loss was hit during the trading session. This call FAILED, mainly due to overall selling pressure in the market yesterday.

Other stock on Gujral’s buying list for the day was telecom services major Bharti Airtel. Gujral suggested Buy for Bharti Airtel with a stop loss of Rs 548, target at Rs 572. Bharti Airtel opened at Rs 556 and touched intraday high of Rs 559. The stock hit the stop loss around 10 am and this Call FAILED as well.

Gujral suggested Sell trade for IndusInd Bank with a stop loss of Rs 424, target at Rs 400. IndusInd Bank opened at Rs 418 and the stock started declining. The stock touched intraday day low of Rs 374 and the target was met quite easily. This Call has been SUCCESSFUL.

Multiplex operator PVR was also on Gujral’s selling list for the trading session. Traders were suggested to Sell PVR with a stop loss of Rs 862, target at Rs 835, as per Gujral. PVR stock closed nearly 13 percent lower on Monday. The stock opened at Rs 830, much lower than our target price of Rs 835. Many traders wouldn’t have been able to execute this trade but the call for weakness in PVR was successful as the stock declined massively on Monday.