After Toys, Cell-phone charms and Zipper pulls from China are on recalls list 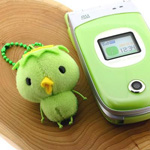 While there have been no reported cases of lead poisoning in Canada, the warning has been issued in public interest as a word of caution. Dollarama stores have sold more than 83,000 zipper pulls and 54,000 cell phone charms during past one year. The company has voluntarily recalled the products after the safety warning was issued. Young children may be exposed to lead as these things are usually within their reach. Lead can cause brain damage in young children. Lead was recently found in toys from China and the Chinese company recalled them.

It is estimated that more than 83,000 of the zipper pulls and nearly 54,000 of the cell phone charms were sold at Dollarama stores in Canada between July 2006 and August 2007.

Health Canada's website has sample pictures of the zipper pulls and cell phone charms which have been tested positive for high levels of lead contents. More can be found in warnings and recalls section of the website.

Health Canada has further clarified that the products do not pose any threat if they are kept out of the reach of children. However, it becomes bit difficult to keep such things out of reach of small kids.