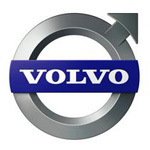 After the entry of various luxury car manufacturers such as BMW and Volkswagen, Swedish car major Volvo Car Corporation forayed into the Indian car market with six variants of its two flagship products, the S80 sedan and SUV XC90, at starting prices of Rs. 38 lakh and Rs. 52 lakh correspondingly.

The company has launched two petrol (3.2 litre and 4.4 litre) and one diesel (2.5 litre) versions of both models.

Paul de Voijs, Managing Director, Volvo Car India said, “India is an exciting market and the luxury car segment is growing exponentially here. Now is the perfect moment for us to enter the market.”

He added that after 3-years of extensive market research, the company has launched these two models in India. Volvo’s entry into the Indian luxury car section has been at the correct time as it has been rising constantly in the last two years. The success of these products will decide the commencement of more cars from the Volvo stable in future.

The company also plans to bring in its other sedans C60 and C80 to India market. At first, it has started with three dealerships at Chandigarh, Mumbai and Delhi and will scale it up to nine by the end of 2008.