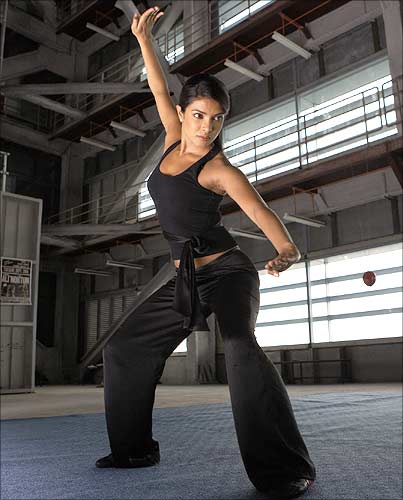 Shortly, Bollywood actress and the hot ravishing beauty ‘Priyanka Chopra’ will be seen as an animated superhero with Virgin Comics.

This new role will make Priyanka the first winner of a Miss World crown to be featured as a super heroine character in comic books.

The statement said, “The new story, which is still being developed and currently untitled, deals with an adopted girl who discovers she has a far greater role to play as she is the latest in a line of princesses with great mystical power and a sworn duty to take down evil wherever it lurks.”

In excited mood, Priyanka said, “I love cartoons and animation, so being able to create my own original superhero ... is a dream come true.”

The story is likely to be launched first as a comic book series in 2008 and later as animation games and theatrical live-action film.