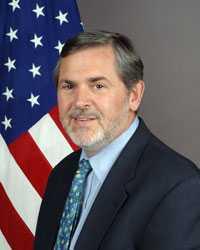 Washington: The United States on Wednesday told that it desires to work jointly with India in arenas of international peacekeeping operation, regional foreign plan, safety and financial system.

The Bush government stated that it is rather responsive to what the demands of India are in pioneering technologies and remains much focused on what has to be done.

At a conference on Capital Hill, Richard Boucher, Assistant Secretary of State for South and Central Asian Affairs, said, “When we say we welcome India's emerging as a major power, we mean it. That is a statement we made and it has a lot of ramifications.”

"So we are prepared to look at any prospective sales in that light. We want to be competitive. We know what Indian requirements are and we know what others can provide. We want to make sure that India has the advantage of the best technology in the world, which is American... we are focussed in what we have to do," he added.