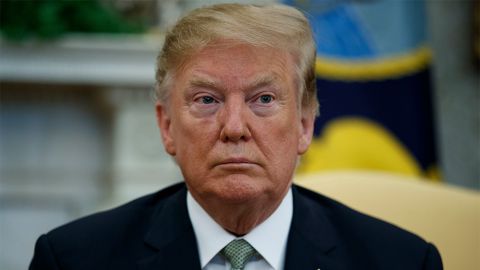 The US presidential election will be one of the most important events in 2020. Donald Trump has been the favorite to retain the post, according to most online gambling sites, but the latest betting odds suggest he might be losing some ground.

The current president of the USA has created multiple scandals during his tenure and has divided the country like no other before. The people that elected Trump look at him as the only true alternative of the political establishment, while most liberals see him as a racist that is incompetent for the position.

Some of the recent events around the president suggest that the second group might be getting larger by the minute. His trade tariffs with China, the suggested comment that the US should nuke dangerous hurricanes, and the expressed desire to buy Greenland from Denmark are just some of the most recent controversies created by Donald Trump.

Despite all of them, he still has a strong core of supporters that will be ready to vote for him once again in 2020. The betting odds of most bookmakers online still favor Trump to win the election over any other potential candidate.

Potential is the key word here, as the Democratic Party doesn’t have a leading figure that unites the organization and its supporters right now. The likes of Elizabeth Warren, Joe Biden, and Bernie Sanders are the most likely presidential candidates for 2020, but they all have their issues.

None can compare to Trump or the most recent Democratic president, Barack Obama in terms of popularity. Sanders is too old to apply to all groups of voters, while Warren and Biden were both involved in controversial moments themselves.

And yet, chances are that any of them would be recognized as the better option than Trump by most of the democratic and neutral US voters. Whether that will be enough to overcome the supporters of the current president remains unclear.

There is still a lot of time until the election, though, and Trump might want to stay in line for the time being. He was doing way better in most poles six months ago. If he keeps discrediting himself at the same rate, he might easily lose the presidency next year.