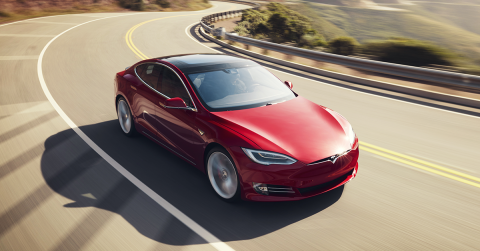 Electric vehicle (EV) major Tesla Motors’ vehicles are reportedly coming equipped with the company’s own TeslaCam/Sentry Mode storage device. Sentry Mode is the Palo Alto, California-based EV maker’s integrated surveillance system inside its cars. It works using the Autopilot cameras around the vehicle to record incidents like potential vandalism. Owners of Tesla cars have to plug a storage device in one of the available USB ports in the car’s center console, and footage recorded by the automaker’s dashcam feature Sentry Mode and TeslaCam get stored on the device as well.

When a properly formatted drive gets inserted into a Tesla vehicle, dashcam starts recording automatically when the driver starts driving, and it always keep recording when the car is in the drive mode. Sentry Mode is off by default. Thus, it must be manually activated each time the driver wants the system to operate. It is recommended to delete any footage that is no longer needed to keep free space on the drive.

The feature was originally introduced in response to thefts and acts of vandalism, particularly in the Bay Area. Several Tesla vehicles were targeted and left with broken windows and valuables belongings were missing over the years in the area. The feature helped law enforcement grab hold of thieves and vandals. But, some could not be caught as they also stole the storage device with the video of the burglary.

With the Model 3 refresh, Tesla changed the device’s design by adding USB port inside the so-called glovebox and allowing car owners to lock a storage device inside it. Now, emerging reports are suggesting that Tesla is providing its own storage device with enhanced security features.

The new device appears to be a Tesla-branded Samsung Bar Plus 64GB, which retails for just around $20. However, for the time being, it remains unclear which Tesla cars are coming equipped with the new device.

Industry experts had long being suggesting that Tesla cars should come equipped with the company’s storage device formatted for TeslaCam and Tesla Sentry Mode. As some people might not be happy with the Tesla-branded new solution because its storage capacity of 64 GB can fill up quite quickly depending on the use of Sentry Mode, one should not forget the fact that the system can be upgraded to a higher capacity SSD anytime the need is felt.